News
You are here: Home / News / Three thousand people displaced daily since the start of the second phase... 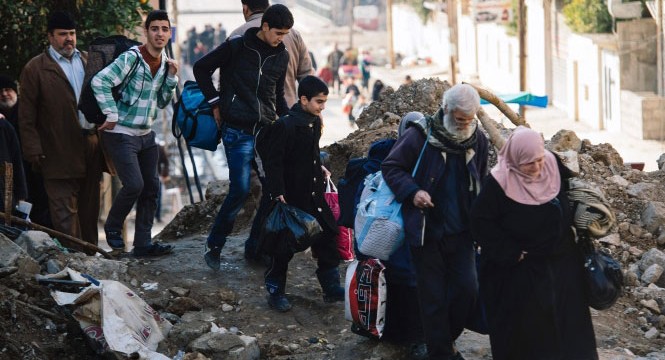 Since the beginning of the second phase of Mosul operation, three thousand people have been displaced per day, in which 70 percent have taken refuge in the Kurdistan Region.

Hoshang Mohamed, Director General of the Joint Crisis Coordination Centre speaking to the Kurdistan Regional Government, KRG, website said, “Since the start of Mosul operation on 17 October 2016, hundreds of thousands of people have been displaced. Ninety thousand of them have arrived the Kurdistan Region and were sheltered at Khazir, Hassan Sham and Dibaga camps in Erbil Governorate, as well as Qaymawa and Nergizli camps in Duhok Governorate.”

He stated that “KRG has provided all the basic services for the IDPs including shelter, security and protection, food, non-food items and medical services in coordination and cooperation with the Iraqi Ministry of Migration and Displaced, UN agencies, local and international NGOs.”

The Director General of JCC explained that “due to intensifying battle inside Mosul city and shortage in food, water, medicine, and electricity, the number of displaced people have doubled in the past ten days, to up to three thousand individuals on daily basis, 70 percent of those have been fled to the Kurdistan Region camps. Therefore, the KRG’s capacity for sheltering more IDPs is limited, and if all camps under construction finished, KRG can only accommodate 12,000 more families.”

Second phase of Mosul operation started on 29 December 2016, provoking displacement of a large number of people.

“Due to the battle inside Mosul city, the number of wounded civilians have increased. So far, three thousand wounded people have received treatment in Erbil and Duhok hospitals. However, due to lack of direct required support from the Iraqi Federal Government and the international community, the assistance provided to those people are insufficient compared to the required needs,” JCC Director General added.

He said that it would be difficult to continue helping the IDPs under such conditions, warning that “it will have negative humanitarian consequences, and the cost to recover the situation later might be higher than providing basic emergency assistance.”

KRG statement on the return of IDPs to their homes