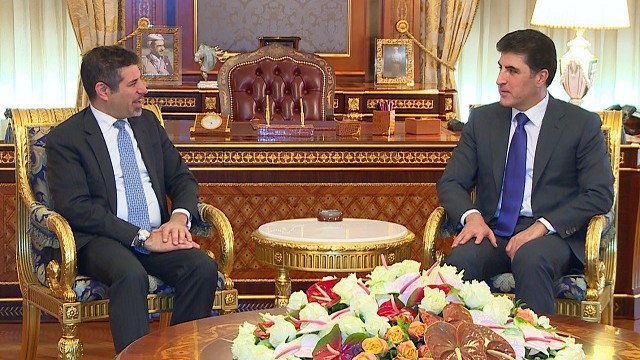 Prime Minister Barzani presented a brief overview of the agreement reached between the political parties on the activation of the Presidency of the Kurdistan Region and the formation of the new cabinet.

They also discussed improvement in relations between the Kurdistan Region and Baghdad and the efforts to resolve outstanding issues.

The current conditions of Mosul and the disputed areas as well as the post ISIS situation were highlighted. They emphasized the importance of cooperation and coordination between the Kurdistan Region, Baghdad and the Coalition forces to prevent the re-emergence of terrorism.

The situation of the internally displaced people and their return to their homes were also discussed in the meeting.