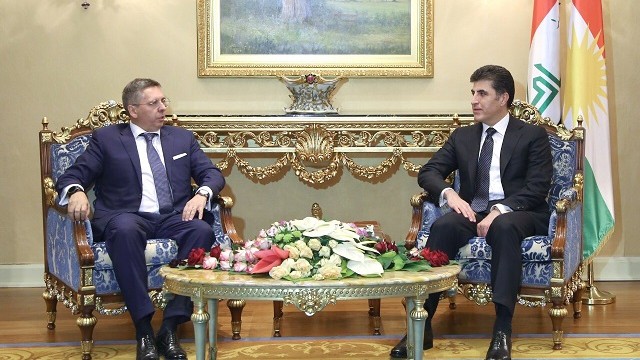 The two sides discussed the military situation in the region, coordination between the Peshmerga and Italian forces as well as the conditions of the Italian forces that are deployed to protect the Mosul Dam and the Italian company which is in charge of reparation of the dam.

The planned Kurdistan independence referendum and the international mediation efforts between Erbil and Baghdad were also discussed in the meeting.

Prime Minister Barzani stated that the referendum is not the goal by itself, but a means helping to meet the legitimate rights of the people of Kurdistan. Meantime, he stressed the need to have serious dialogue between Erbil and Baghdad in which the international community can play a constructive role.

Prime Minister Barzani: Up to this moment, no decision taken to postpone the...