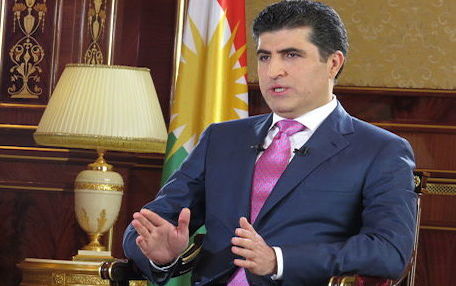 KRG Prime Minister Nechirvan Barzani has issued a statement regarding the mass exodus of Christian families from the city of Mosul.

He has called upon the people of Kurdistan to help these families, as well as urging the international community to provide emergency aid and relief to the people who were forced to flee the city of Mosul due to intimidation and threats issued by the armed terrorist groups. The terrorists placed deplorable threats throughout the city of Mosul, ordering Christian families to leave the city by noon today.

Following the seizure of the city of Mosul by armed terrorist groups, the Christians of Mosul have been subjected to continuous threats. Tragically, over the past few days, Christians have been threatened with mass murder and have been forced to leave the city of Mosul in a mass exodus. They have come towards Erbil and Duhok without being allowed to take any of their belongings or necessities.

In the face of this humanitarian catastrophe, the Kurdistan Regional Government is intensifying its efforts and its capacity to assist the displaced. At the same time we call upon the people of the Kurdistan Region in general, and the generous people of Erbil and Duhok in particular, to provide all that they can in terms of aid and assistance to the displaced Christian families.

The Kurdish people enjoy good relations with their Christian brothers and sisters as well as all other ethnic and religious groups, and we are proud to protect the diversity that exists in Kurdistan. This diversity and culture of tolerance have been effective over the past few years in our society. The people of Kurdistan now must also provide assistance to the Christian families that have been forced to flee their homes and abandon their property and belongings.