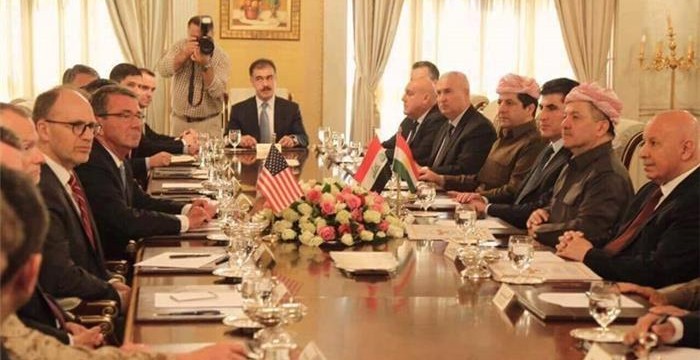 At the meeting, the two sides discussed the latest developments in the military operation to liberate the City of Mosul from Islamic State terrorists. They stressed the importance of continuing cooperation between the United States government, the Iraqi federal government and the Kurdistan Region, on the basis of the agreement reached between the three parties.

Secretary Carter praised the role of the Peshmerga forces in this war, under the leadership of President Barzani, who played a crucial role in significantly weakening the Islamic State terrorists.

President Barzani conveyed the Kurdistan Region’s appreciation to the people and government of the United States for leading the coalition against the Islamic State terrorists.

Luxemburg praises role of Peshmerga in fight to liberate Mosul