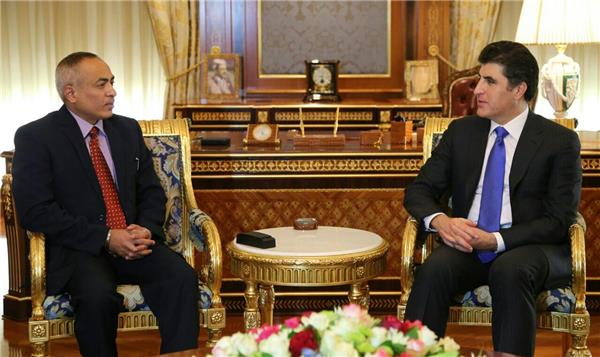 He expressed his country’s desire to develop solid relations with the Kurdistan Region in various areas.

Prime Minister Barzani congratulated Consul General Miglani on his new post, assuring him of his government’s full support during his mission in the Kurdistan Region.

He hoped that the Indian Consulate General will play an active role in developing solid relations between India and the Kurdistan Region in all fields, particularly in the field of encouraging Indian investment in Kurdistan.

The two sides also discussed the latest regional developments and the war against ISIS terrorists.