You are here: Home / Government / Parliament

The Kurdistan Parliament is the Kurdistan Region’s democratically elected legislature. The parliament consists of one elected chamber. Its three main functions are:

The founding principles of the parliament are liberty, pluralism, accountability, inclusiveness, openness and the representation of all peoples in the Kurdistan Region. 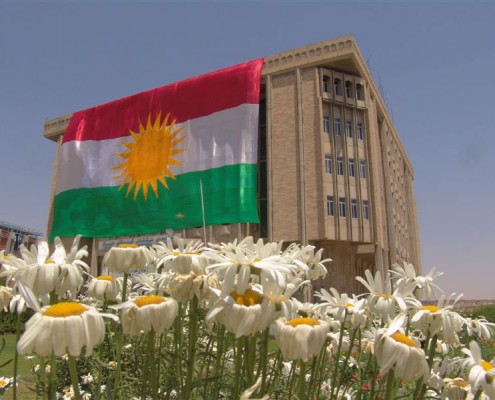 There are 111 seats in the parliament (as stipulated in Law No. 1 passed in 1992). The Kurdistan Parliament is lead by the Speaker, Dr. Vala Farid, who is assisted in his duties by the Deputy Speaker, Hemen Hawrami.

In February 2009 several amendments were made to the Kurdistan election law to increase inclusiveness of all groups. The minimum age of parliamentary candidates was lowered from 30 to 25.

While seats had already been reserved in previous elections for minority communities, for the Christian and Turkmen communities this was increased to five seats each. The legal minimum quota of women MPs was increased from 25 percent to 30 percent of the legislature.

History of the Kurdistan Parliament

The Kurdistan National Assembly was established in 1992, in the first free and fair elections ever held in the Kurdistan Region or in any part of Iraq.

To protect civilians from attacks by Iraqi military forces following the 1991 Gulf War, the US, UK and France initiated a no-fly zone above the 36th line of latitude which cuts across Kurdistan. On the ground, a security zone was established by military forces from eleven countries. These no-fly and security zones strongly supported and encouraged refugees, including those who had left in the 1970s, to return to their homes.

Later in 1991, Saddam Hussein withdrew his forces and his administration, including the national flag, from parts of the Kurdistan Region. Compounding the hardship caused by an international UN embargo on Iraq, Saddam Hussein enforced an additional internal embargo on the region that stopped food and fuel supplies, disconnected electrical power and prevented the movement of people to other parts of the country.

Faced with the administrative vacuum and double embargo, the Kurdistan Front, an alliance of diverse political groups in the Kurdistan Region, decided to hold a general election. Their goal was to establish an administration to provide for essential public services and to meet the basic needs of the people. The population also expressed a strong desire to choose its representatives. The election, held on 19 May 1992, was the first free and fair parliamentary election in the history of Iraq. A minimum 7% threshold was set for representation in the parliament. Voter turnout was very high and the elections were deemed to be free, fair, and democratic by international observers. After decades of dictatorship, the people in Kurdistan were able to vote for their representatives for the first time in their history.

This regional election led to the formation of the first Kurdistan National Assembly and the establishment of the Kurdistan Regional Government. The leadership and the people of the Kurdistan Region decided to remain part of Iraq, and to adopt and abide by all national laws except for those that violated human and universal rights. By 15 July 1992, the Kurdistan National Assembly had convened. Law No. 1, the first law passed by the assembly, establishing it as the Region’s legislature.

Elections for the Kurdistan Parliament are held at least every four calendar years, (as stipulated in-Article 8 of the Kurdistan Electoral Law). The last parliamentary elections were held on 30th of September 2018.  Anyone aged 18 or over who is a citizen of the Kurdistan Region and is on the electoral register is eligible to vote in a direct, universal and secret ballot. Elections for the Kurdistan Parliament are based on a closed party-list proportional representation system. Electors vote for a party’s list of candidates, rather than for an individual candidate. After the election results are announced, each party is allocated seats in proportion to the number of votes it received, using the ranking order of candidates on its list.

Powers of the Kurdistan Parliament [1]

As provided in the federal constitution of Iraq, parliament has considerable power to debate and-legislate on policy in a wide range of areas: health services, education and training, policing and-security, the environment, natural resources, agriculture, housing, trade, industry and investment, social services and social affairs, transport and roads, culture and tourism, sport and leisure, and ancient monuments and historic buildings.

In addition, under Article 121 of the Iraqi federal constitution the Kurdistan Parliament has the right to-amend the application of Iraq-wide legislation that falls outside of the federal authorities’ exclusive-powers.

Members of the Kurdistan Parliament

The 111 MPs in the Kurdistan parliament represent the following political lists and parties:

The Kurdistan Parliament has passed several laws that have contributed to the Region’s social and-economic progress. These include:

The Kurdistan Parliament has a number of standing committees which work on the following areas: