News
You are here: Home / News / United Kingdom continues its assistance to the Kurdistan Region 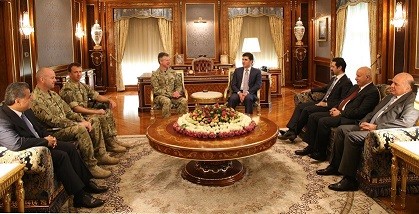 Lieutenant-General Beckett stressed the need for closer cooperation among all parties involved in the fight against the so called Islamic State terrorist organization, particularly in the anticipated operation to liberate the city of Mosul from ISIS.

The relations between Erbil and Baghdad, political developments in the region and post-ISIS planning were also among the topics discussed in the meeting.

Council of Ministers Statement on the centenary of Sykes-Picot