News
You are here: Home / News / Safeen Dizayee takes office as the New Head of KRG Department of Foreign... 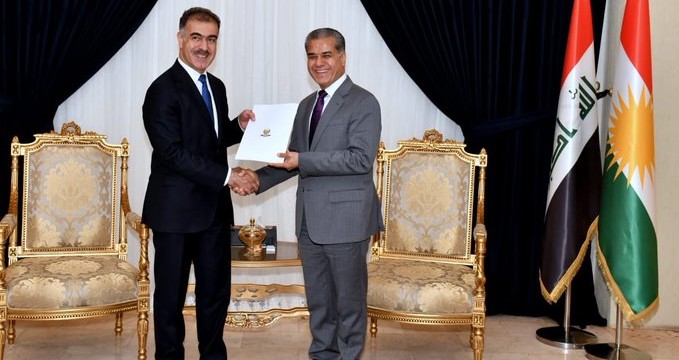 Falah Mustafa, former Minister and Head of DFR, congratulated the attendees on joining the new government and thanked all the associates who have stood by him over the past 13 years. He congratulated Minister Safeen Dizayee on taking office as the new Head of the KRG DFR, and wished him success in serving the people.

Minister Dizayee commended Falah Mustafa’s many achievements over years of service to the people and government of Kurdistan and his success in strengthening relations between the KRG and foreign governments during his tenure. He asked the DFR staff to draw up appropriate plans for expanding the KRG’s foreign relations.

President of the Kurdistan Region Issues a Message on the Occasion of Eid A...