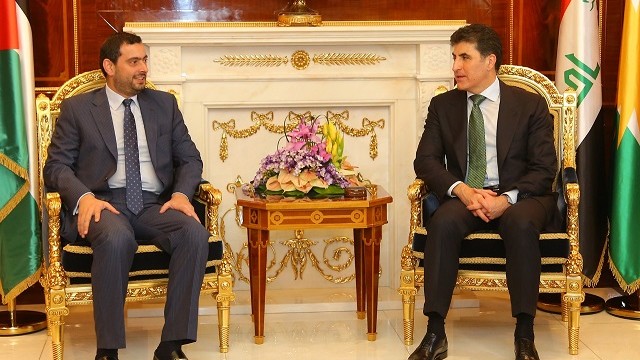 Minister al-Hammouri highlighted historical relations between the Kurdistan Region and Jordan and expressed willingness to further strengthen and develop these relations, particularly in the fields of trade and banking. He also conveyed the support of His Majesty King Abdullah II of Jordan and his government to the Kurdistan Region.

The post ISIS situation in the region and the crisis of displaced persons in the Kurdistan Region and refugees in Jordan were also discussed.

They also stressed the eradication of terrorism through coordination among the countries of the region and the international community.