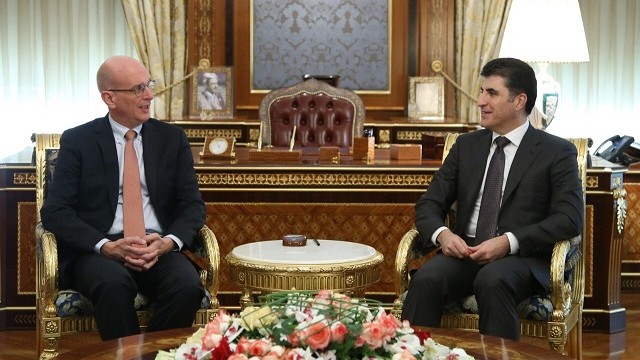 The General Consul  stressed that the German Government places great importance to its relations with the Kurdistan Region and voiced the need to further strengthen bilateral relations.

Prime Minister Barzani wished the new Consul General success in his new position, and he expressed his appreciation for Germany’smilitary and humanitarian support to the Kurdistan Region, especially in the field of military training. He also expressed his desire to strengthen bilateral ties between Erbil and Berlin.

He stressed the need to resolve the outstanding issues between Erbil and Baghdad through serious dialogue and mutual understanding, in which, he said, the International Community can play an important role.