News
You are here: Home / News / Luxemburg praises role of Peshmerga in fight to liberate Mosul 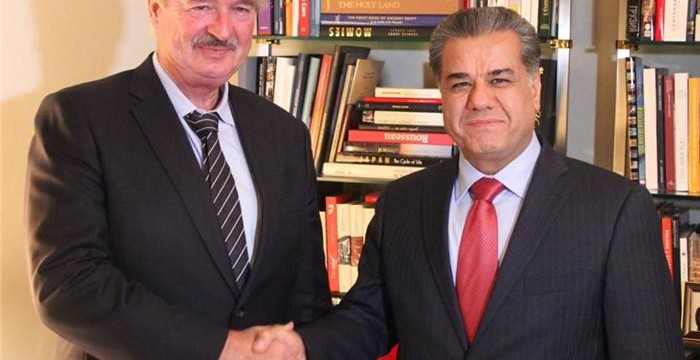 Both Ministers spoke in detail of the current regional security, humanitarian and political developments. They also shared views on enhancing bilateral ties in different fields. Minister Asselborn welcomed the generosity of the people and government of the Kurdistan Region in hosting 1.8 million Iraqi displaced people and Syrian refugees.

Minister Asselborn assured Minister Mustafa that Luxembourg would continue to provide humanitarian aid to the displaced persons in Iraq. He also highlighted the role of Peshmerga in the fight against ISIS, and particularly welcomed the participation of Peshmerga forces in the fight to liberate Mosul.