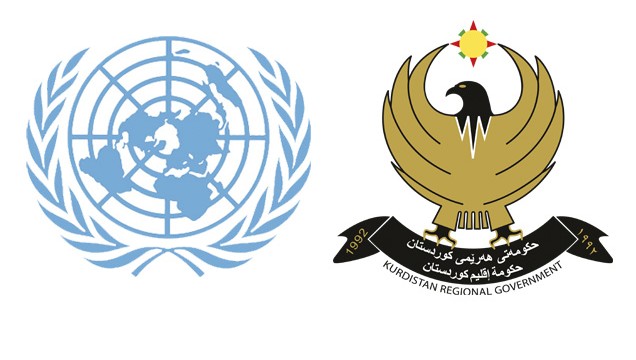 Kurdistan region of Iraq (KR-I) most affected by recent wave of violence with over 850,000 displaced Iraqis this year

Up to 1,8 Million Iraqis nationwide have been displaced since January 2014

Erbil: A comprehensive count carried out jointly by the Kurdistan Regional Government (KRG) and the United Nations indicates that some 850,000 Iraqis have been displaced and sought refuge in all three Kurdistan Region governorates since January 2014. According to the Kurdish Ministry of Planning and the International Organisation for Migration (IOM) the vast majority of the recently displaced people – 64 per cent – have sought refuge in the Duhok Governorate.

Of the 1.8M Iraqis displaced nationwide, it is estimated that over 600,000 people were displaced this month alone. This increase is due to an upsurge of violence in various parts of the country, particularly Ninewa, Diyala and Anbar.

The latest figures compiled by the Kurdish Regional Government under the leadership of the Minister of Planning and IOM’s Displacement Tracking Matrix, show that the displaced population are now living in more than 1,000 sites in the Kurdistan region of Iraq alone.

The latest waves of IDPs to the Kurdistan region, more than 850,000 in 2014, plus some 216,000 Syrian refugees registered by the UN refugee agency (UNHCR), and previous large population movements of around 335,000 which took place prior to 2014,brings the total number of people who sought refuge in the Kurdistan region of Iraq to 1.4 million. These latest waves add to the very heavy burden borne by the people and government of the KR-I.

Duhok Governorate’s seven districts now host over half a million people seeking shelter, food, water, medicine and protection after the Islamic State of Iraq and the Levant (ISIL) seized territory in Sinjar and neighbouring communities prompting them to flee. Since August, 89 per cent of all displaced in the Kurdistan region went to the Duhok Governorate.

Due to the rapid influx of people and their wide dispersal throughout the Kurdistan region, it has been difficult for the regional government and UN agencies to quickly conduct an accurate count of the displaced population. While this first count provides a much needed level of accuracy, the Ministry of Planning will conduct a full survey of the affected governorates in the coming months that will provide greater details on the situation and the needs of the displaced people. The UN will be closely associated to this operation, providing material and financial support.

“This is a first but crucial step in the process of bringing life-saving aid to communities in desperate need of assistance. The Kurdish Regional Government is swiftly evaluating the situation to see what can be done with our partners. In the coming weeks we will have a clearer strategy but the reality is that challenges are immense. For now, we will continue establishing camps for as many displaced people as possible,” said Dr. Ali Sindi, KRG Minister of Planning.

The UN is supporting the Iraqi government and the Kurdistan Regional Government in delivering emergency aid and is scaling up its efforts to meet the needs of the displaced throughout Iraq.

“This is a challenging operation and the United Nations, and its NGO partners, are fully committed to meeting that challenge. Thousands of tons of relief supplies have already been delivered and hundreds of staff deployed. The humanitarian response is difficult due to security concerns and the massive and rapid influx of displaced but our efforts have been greatly aided by the splendid cooperation and leadership of the KRG government and the many residents who have taken in displaced families by the tens of thousands. This displaced crisis is as complex as the displacement that occurred in 1991 and it will require a sustained sense of urgency by all authorities and the international community to organize and deliver the large scale assistance that is needed,” said Kevin Kennedy, the United Nations Deputy Humanitarian Coordinator for Iraq.