News
You are here: Home / News / Daban Shadala Rounds up Official Visit to the Basque Region of Spain

The KRG Representative to Spain, Daban Shadala, concluded an official visit to the Basque Region of Spain this week, where he met with the President of the Basque Parliament, Bakartxo Tejeria Otermin, and has had several meetings with other official institutions dedicated to humanitarian aid and international cooperation. The purpose of the trip was to inform Basque institutions of the critical situation and the humanitarian crisis facing the Kurdistan Region that has been caused by the attacks of ISIS, and to seek support from Spanish institutions. 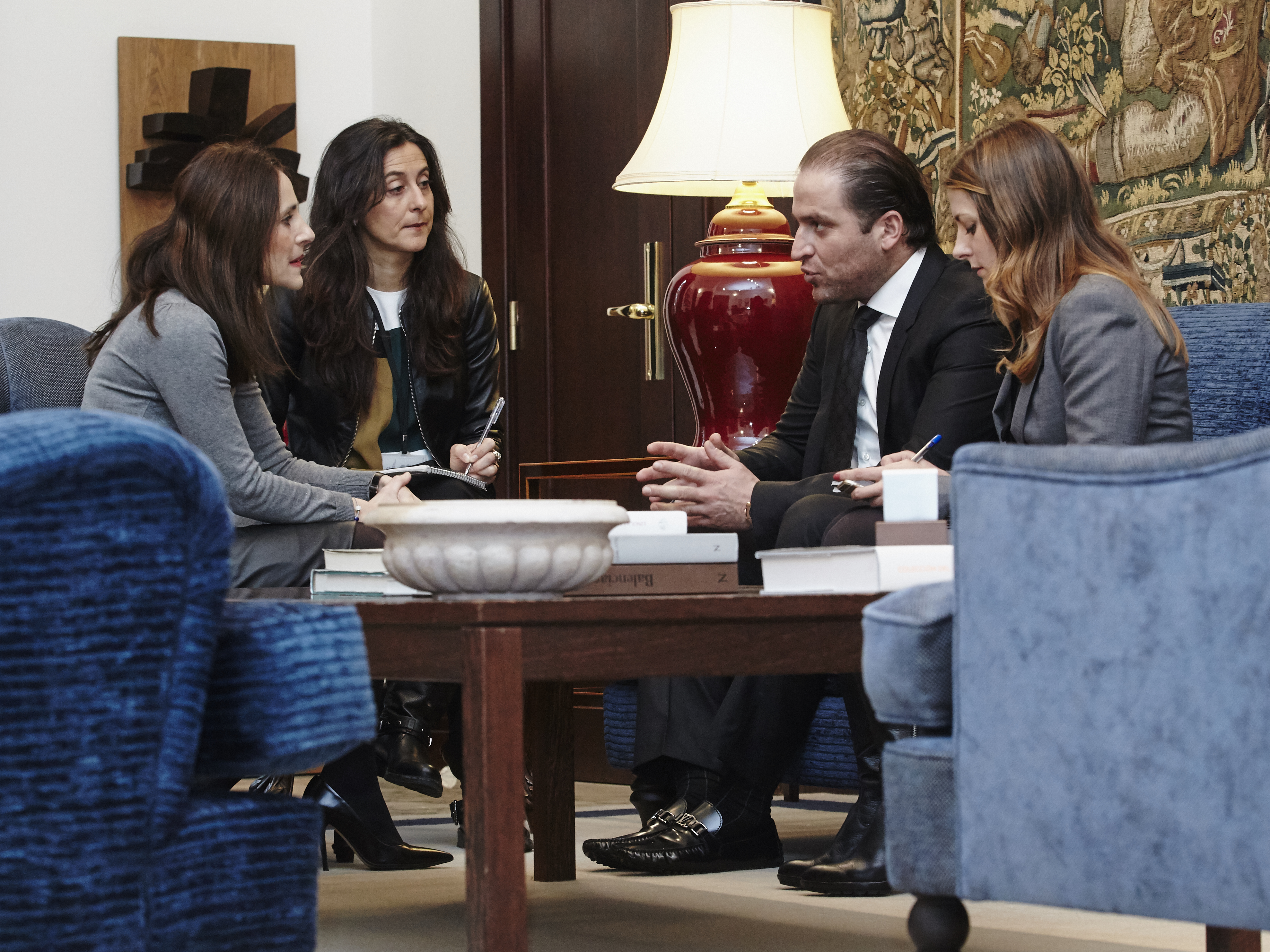 Daban Shadala opened his visit by holding a meeting with the Director of the Basque Agency for Cooperation and Development, Paul Ortega, to discuss a possible humanitarian aid project. Basque NGOs and NGOs from the Kurdistan Region of Iraq have already begun work on a project to build a school for refugees and displaced children which will be co- funded by the Kurdistan Regional Government and the Basque Agency for Development Cooperation. 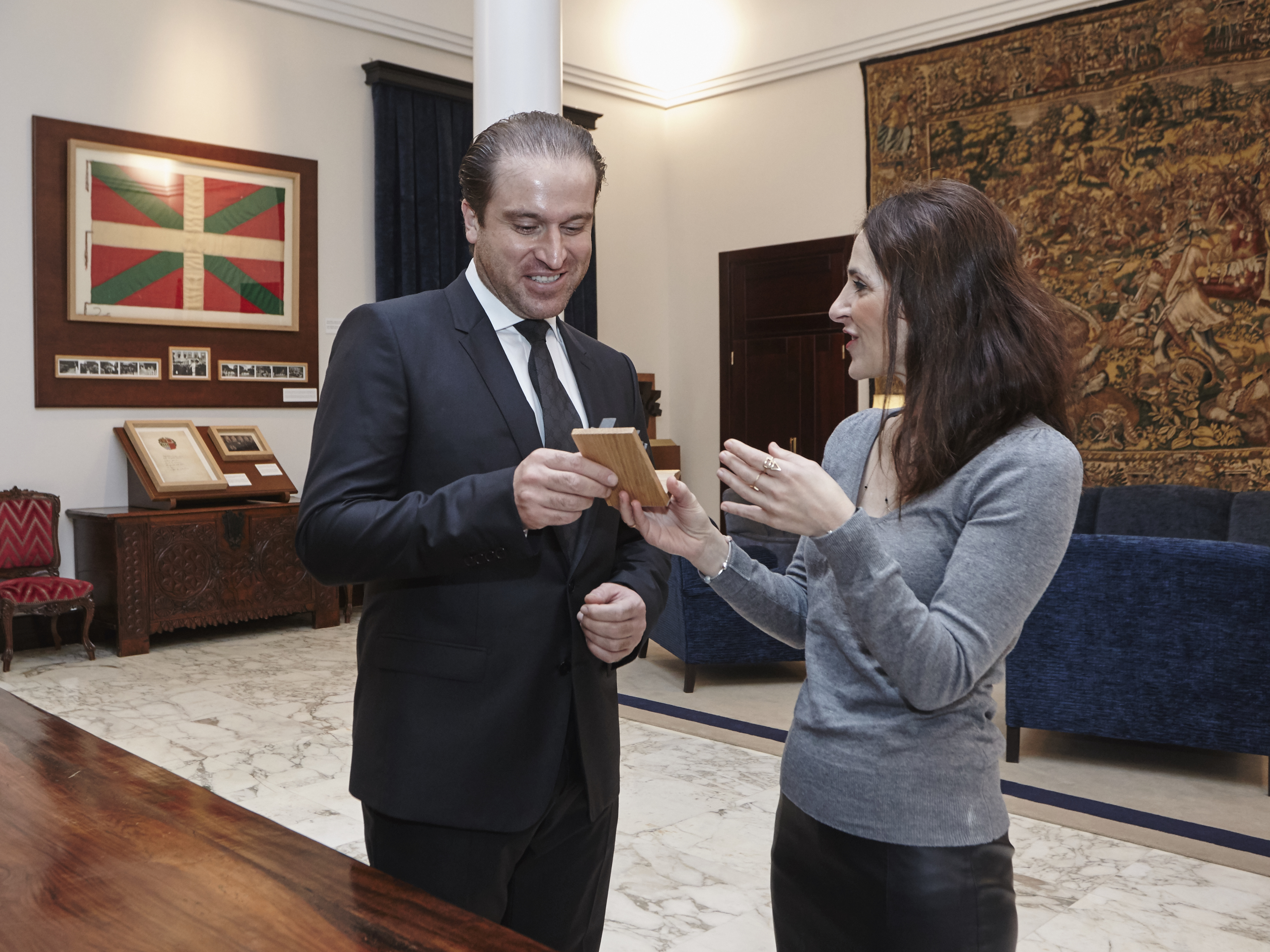 On the second day of his trip, Daban Shadala was received by the President of the Basque Parliament Bakartxo Tejeria Otermin. Mr. Shadala expressed the gratitude of the KRG to the Basque Parliament for their support which was expressed in an institutional solidarity statement adopted unanimously at the plenary session of Parliament on the 16th of October 2014. Mr. Shadala also spoke of the difficult situation and the humanitarian crisis in the Kurdistan Region, which is currently providing shelter to more than two million displaced persons and refugees. He also mentioned that it is the Peshmerga who are actively fighting for the world against ISIS and stressed the need for more support from the international community, Spain included. Mrs. Tejeria expressed her solidarity with the refugees and various minorities who have suffered terribly at the hands of ISIS and her commitment to humanitarian support of the Basque government to address this unprecedented crisis: “We are affected by the ongoing economic crisis here in Spain, and unfortunately cannot provide much help in terms of humanitarian assistance however much we would like to. However I assure you that we give all of our support, and we will help in any way we can to address this humanitarian catastrophe.”

During his trip, Daban Shadala also held several meetings with the international cooperation department of the Provincial Councils of Alava and Vizcaya and the city of Bilbao to inform them about the humanitarian crisis and explore possibilities of developing projects of humanitarian emergency assistance. The meetings have been positive and the KRG in Spain will begin working on developing projects via the Emergency Funds of the institutions mentioned, which will be developed through local Kurdish NGOs to help alleviate the basic needs of refugees and IDPs in the Kurdistan Region.

Erbil and Baghdad reiterate their commitment to the oil agreement