News
You are here: Home / News / Daban Shadala provides updates on the current situation in Iraq and Kurdistan... 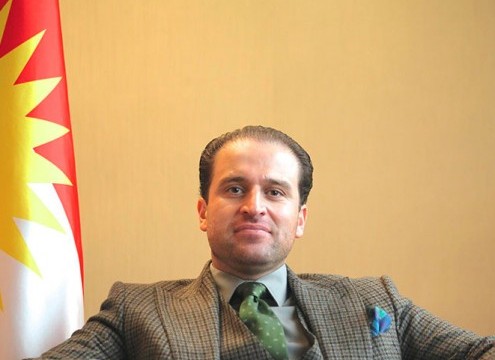 The current situation in Iraq has been spiraling out of control of the past few weeks. The ISIS (Islamic State of Iraq and Syria) has progressively made ground in Iraq after seizing the city of Mosul back in June. The Iraqi army fled in the face of a few thousand fighters, composed of ISIS and other Sunni Arab insurgents. As a result, the Kurdish Peshmerga stepped into areas that are historically Kurdish and where the presence of the Iraqi was nowhere to be seen. They have managed to keep ISIS at bay in the towns and cities that form the new front with the terrorist group. Moreover, the policy of the KRG and our Peshmerga forces has been to protect people, regardless of ethnicity of religious sect, who live in those areas. As a result of ISIS, Iraq has witnessed the internal displacement of hundreds of thousands of people who have been directly affected by, and have been fleeing, the conflict. The KRG has done its utmost to provide security, food, water and shelter to those fleeing the affected areas. As a result, the Kurdistan Region is now home to some one million internally displaced people as well as refugees that have fled the conflict in Syria, and help from the international community in dealing with these large numbers would be greatly welcome

Politically speaking, things in Iraq don’t seem to be moving forward. The first session of parliament in Baghdad was adjourned as Sunni and Kurdish MP’s left in protest at the insults hurled at them from MP’s belonging to Prime Minister Nouri Al Malik’s list, the state of law.. A second session was supposed to be held on Tuesday but was postponed as a result of a lack of agreement between the various political groups within in Iraq. The new plan is for parliament to meet within the coming weeks. The Prime Minister also accused the KRG of “harbouring terrorists” yesterday, an accusation we strongly oppose and that is simply untrue, in an effort to stir up tensions in the country. As a result the Kurdish Ministers posted in Baghdad have now boycotted any future cabinet meetings. We have had many disagreements with the federal government, but we remain committed to a democratic and federal Iraq with a number of conditions attached to that commitment. The most important of these is that Baghdad stops its economic blockade of the Kurdistan Region. Due to a dispute over oil and gas, the federal government suspended the KRG’s constitutional right to receive a 17% share of the Iraqi budget back in February. If things are to move forward politically between the KRG and the Federal Government, Baghdad must make steps to ease the budget freeze. Even the Iraqi Supreme Court ruled against a request by the Iraqi government to prevent the KRG exporting its oil on the pretexts that his requests were “contrary to the applicable legal contexts in Iraq.” The federal government also imposed a cargo ban on Kurdistan’s two main international airports of Slemani and Erbil in a move that is seen as trying to further suffocate the Kurdistan Region’s booming economy

We, as the KRG will continue to support the political process and will remain committed to Iraq as long as it remains democratic and is able to provide security to the country. We will also continue to provide relief to those who have been affected by the turmoil and who seek refuge in the Kurdistan Region. There is currently an on-going debate regarding a referendum for Kurdish independence, the outcome of which will be left to the people to decide under a democratic mechanism that we support whatever their choice should be, it is their democratic right to determine their future.

KRG Notice To All Crude Oil Buyers From SOMO