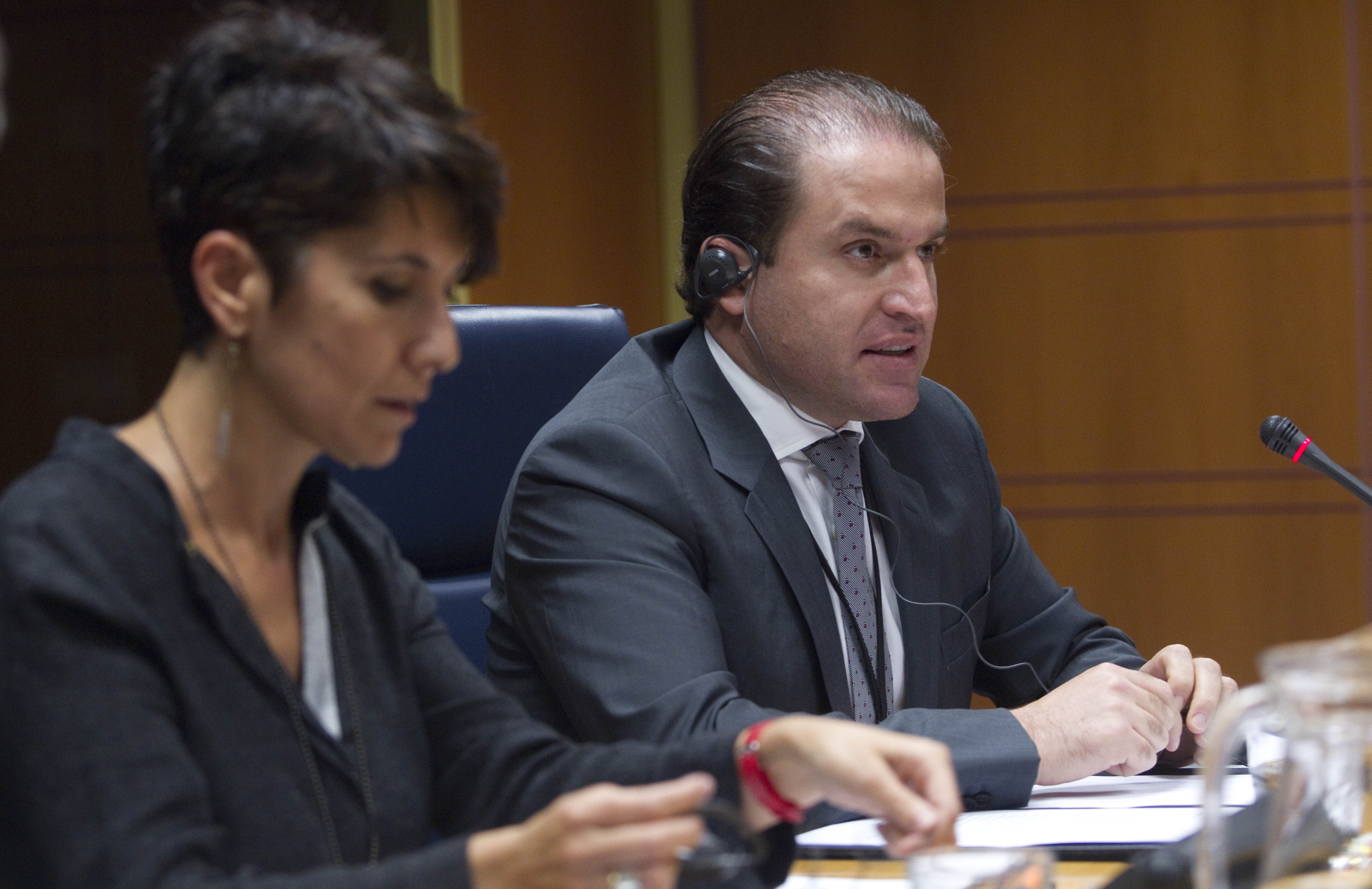 The President of the commission, Maribel Vaquero Montero, opened the way for Daban Shadala to deliver his presentation on ISIS, its growth, organisation, funding and the ensuing humanitarian disaster facing the people of the region. Daban Shadala informed members of the commission of what the KRG needed in order to continue to support the large numbers of refugees and IDPs in the Kurdistan Region, and what those people specifically needed. The commission was told that “humanitarian aid and assistance from the Basque Regional Government to the Kurdistan Region is essential in order to provide the affected people with their basic needs and to relieve some of the pressure off the KRG” which has not received its budget share from the Federal Government of Iraq since March. He went on to state that “we are struggling in our efforts, as we lack the resources and financial capability to deal with over 1.8 million refugees and IDPs.” The KRG is currently working very hard to ensure that the affected people are receiving the essentials and “the assistance from the Basque Government would improve the situation greatly”, he went on to say. The KRG Representative also highlighted the human rights abuses that ISIS are committing in the territory which they control targeted especially against non-Muslim minorities.

The commission is made up of five parliamentary groups which include: EA-NV (Basque Nationalists), EH Bildu, SV-ES (Basque Socialists), PP-ETP (Basque Poplar Group), and Mixto-UPyD. All parties expressed their solidarity with the Kurdish people of both the Kurdistan Region of Iraq and Rojava, expressing their gratitude to those Peshmergas who are defending the world from the barbarity of ISIS. They also strongly condemned the terrorist group and the atrocities it has committed. The KRG Spain Office will now begin coordinating the technical details with the Basque Regional Government for the delivery of the aid to Kurdistan. The Spanish government has already sent €500,000 worth of humanitarian aid to the Kurdistan Region to help ease the situation and provide the essentials to the affected people.