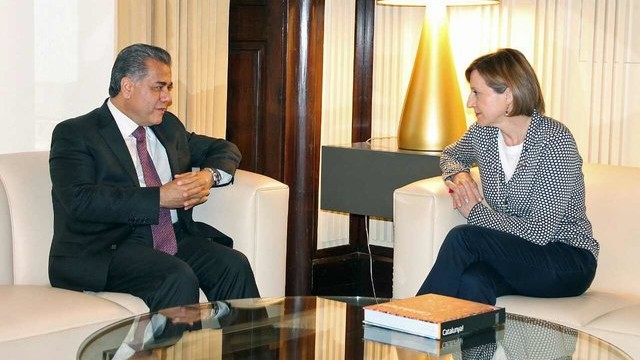 Minister Mustafa thanked the Catalan parliament for recognizing the crimes against Yazidis, Christians and others as acts of genocide and gave an overview of the current financial, humanitarian and security developments in the Kurdistan Region. The Minister also highlighted KRG’s decision to conduct a referendum on independence.

Ms. Lluis emphasized the Catalan Parliament’s  support to Kurdistan’s right to self-determination. She expressed her gratitude to the Peshmerga in defeating ISIS and the role played by the KRG in restoring regional stability and hosting a great number of displaced people.