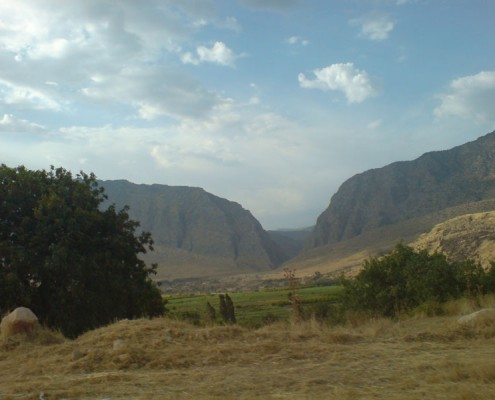 The Kurdistan Region is an autonomous region in federal Iraq. It borders Syria to the west, Iran to the east, and Turkey to the north, where fertile plains meet the Zagros mountains, and is traversed by the Tigris, Big Zab, and Little Zab rivers.

A few facts about the Kurdistan Region in Iraq

With a population of currently more than 5 million and rapidly increasing, the three governorates of Duhok, Erbil and Slemani cover approximately 40,000 square kilometres – four timesthe area of Lebanon and larger than that of the Netherlands.

The Region is geographically diverse, from hot plains to cooler mountainous areas blessed with natural springs where snow falls in the winter.

Since March 2003 not a single coalition soldier has died nor a single foreigner been kidnapped in the areas administered by the Kurdistan Regional Government (KRG).

The capital and seat of the Kurdistan Regional Government is Erbil, a city known locally as Hawler.

The Citadel in Erbil is said to be the longest continually inhabited place in the world.

Iraq’s Constitution recognises the Kurdistan Regional Government, the Kurdistan Parliament and the Peshmerga guard as the legitimate regional forces.

The current coalition government consists of several political parties that reflect the diversity of the Region’s people, who are Chaldeans, Assyrians, Turkmen, Yazidis and Kurds living together in harmony and tolerance.

Since the Anfal genocide campaign by Saddam Hussein’s Regime in the 1980s, more than 65% of the razed villages have been rebuilt by the Regional Administration.

The Kurdish language is distinct and is in the family of Iranian languages, such as Persian and Pashto. There are two main dialects, Sorani and Kurmanji.

[1] KRG-administered territory only. Compiled by the Food and Agricultural Organisation (FAO) from various national and regional sources: International Boundaries from National Imagery and Mapping Agency (NIMA) Digital Chart of the World (DCW). The primary source for the DCW database is the Operational Navigation Chart series co-produced by the military mapping authorities of Australia, Canada, United Kingdom, and the United States.

[2] According to Oil-for-Food Distribution Plan, approved by the UN, December 2002.