Erbil, Kurdistan Region, Iraq (GOV.KRD) – Prime Minister Masrour Barzani today visited a medical center as precautionary measures are undertaken to treat individuals suspected of, or infected with, the coronavirus, to prevent the spread of the virus in the Kurdistan Region.

Prime Minister Barzani said the purpose of his visit was to closely monitor steps taken by medical centers in all of the Kurdistan Region’s provinces, to identify and contain any cases of coronavirus. The Prime Minister and his cabinet have held several meetings with the Council of Ministers, and at the provincial level, to establish a containment plan against any possible outbreak of the virus.

Prime Minister Barzani shared his hope that the global community will soon find a treatment for this illness, and called on all citizens to follow instructions and advice from the Ministries of Health, Interior, and other relevant authorities to protect themselves and their families.

Based on the KRG’s data, Prime Minister Barzani noted that, thus far, there have been no cases of coronavirus registered in the Kurdistan Region. Several cases, however, have been confirmed in other parts of Iraq and neighbouring countries.

Prime Minister Barzani attributed the success of the Kurdistan Region in preventing the spread of the virus to the KRG’s preparatory efforts.

As the world continues to deal with the coronavirus outbreak, Prime Minister Barzani called on the people of the Kurdistan Region to do their part by cooperating with medical staff and experts to remain healthy. He also requested businesses and shopkeepers to act responsibly and not increase the prices of essential goods.

“I hope we can all work together to combat this illness and, hopefully, our people will remain healthy and safe,” said Prime Minister Barzani.

Minister of Health Saman Hussein Muhammed updated the Prime Minister and his cabinet on the latest data regarding the spread of the coronavirus around the world and across the region, and presented immediate actions and measures the KRG is undertaking to prevent the virus from entering the Kurdistan Region.

The KRG Council of Ministers issued several decisions to protect the health of the Kurdistan Region’s citizens, as follows:

• The KRG will deliver up-to-date accurate information and instructions to the public on a daily basis, with the help of media organisations.

• The KRG will declare the period of 26 February to 10 March a public holiday for all public and private schools and kindergartens in the Kurdistan Region. Public and private universities will be closed from 29 February to 10 March. All schools and universities will remain closed during the spring break (10 March – 23 March) before reopening on 24 March. The Ministries of Education and Higher Education and Scientific Research will prepare a schedule that enables students to catch up with their studies.

• The KRG will ensure people have access to everyday commodities, and that shops in the Kurdistan Region will continue stocking essential goods. The KRG will prevent the price manipulation of essential goods, and take action against anyone who attempts to benefit illegally from this situation.

• The Ministry of Finance and Economy will provide financial support to governorates and local administrations, working closely with the Ministries of Interior and Health.

The KRG is encouraging everyone to help with the implementation of these preventative steps, and to follow instructions and advice provided by healthcare professionals to protect themselves from the coronavirus.

Prime Minister Barzani also briefed ministers on the KRG delegation’s recent series of important meetings with world leaders in Germany, Italy and the Vatican. He provided an update on the latest efforts in Baghdad to form a new federal government, and stressed the Kurdistan Region, as an official and constitutional entity in Iraq, is the only body which can decide on its representatives in the federal government’s cabinet. He added that all Kurdistani political parties in Baghdad were in agreement, and praised them for presenting a united front.

Following assessment and discussion of the outcome of the visit and in order to find solutions for the current situation in Iraq and also ensure an active participation in resolving the issues, the meeting reached the following conclusions:

First: We work to form a new government that enjoys the trust of all communities across Iraq, has the ability to solve the current problems in the country, makes serious efforts to restore stability and also makes preparations for an early election.

Second: The steps taken by Mr. Allawi so far have not earned the trust of many Iraqi parties and communities, therefore we ask that his work plan and agenda be revised in a way that the future government will address and meet the demands of all Iraqi communities.

Fourth: Iraq is now facing serious domestic and foreign challenges and is passing through a dangerous historical turning point. Therefore, we urge all political leaders to join the negotiation table and reach a unified national decision.

Fifth: In order to achieve these objectives, the Kurdistan Region’s delegation will continue talks and exchange of ideas with all Iraqi political parties. 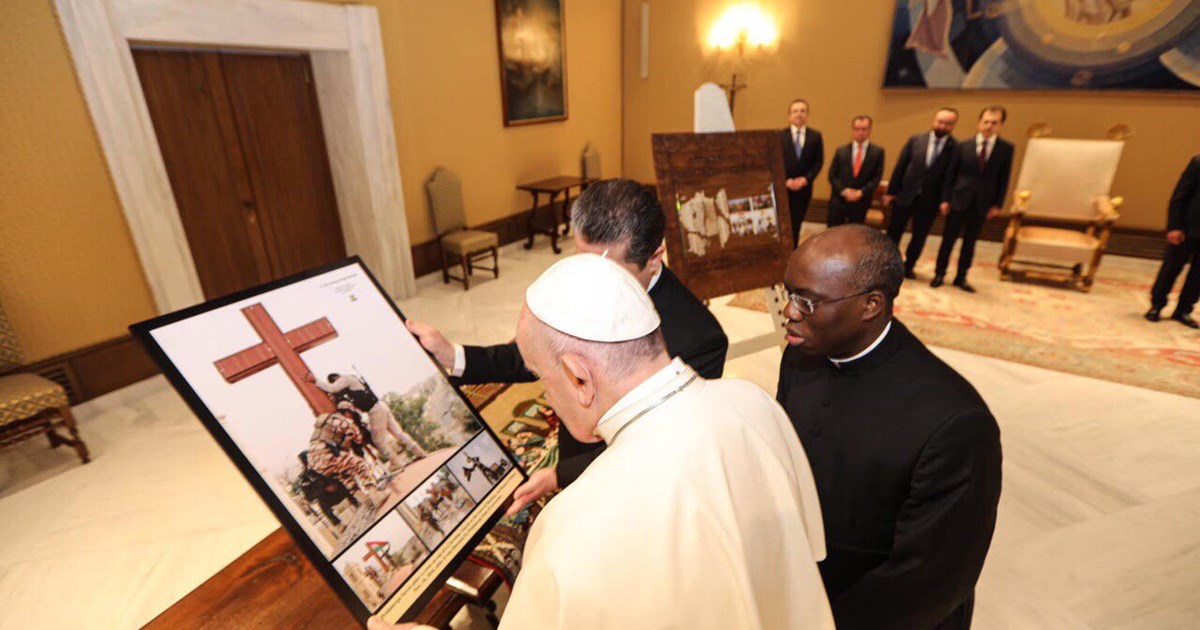 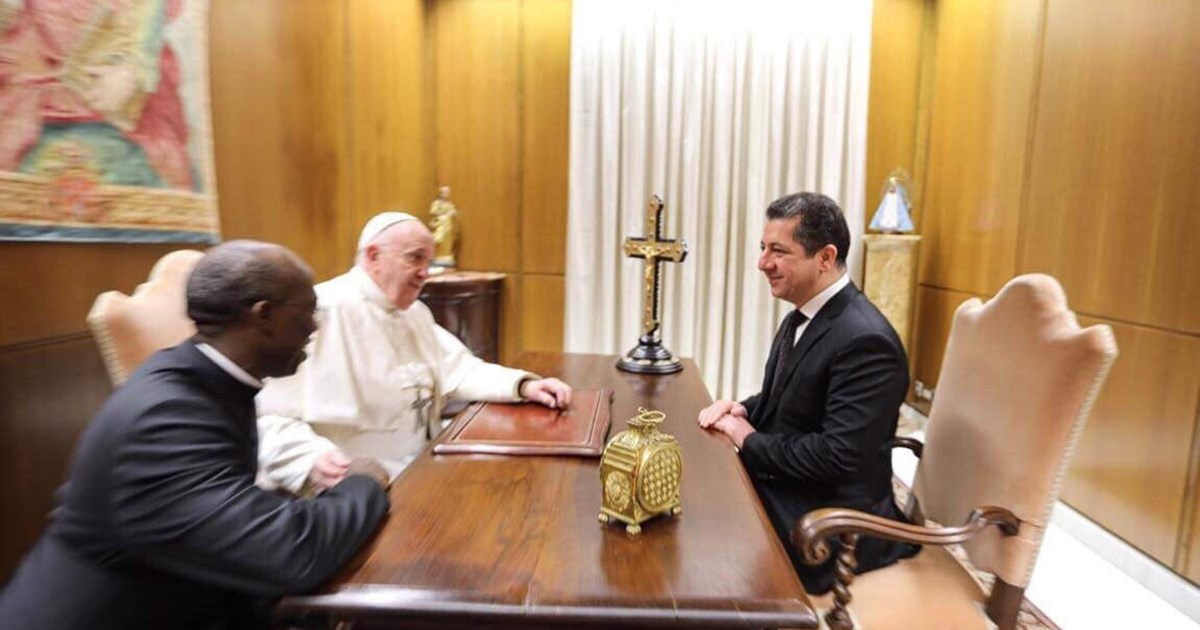 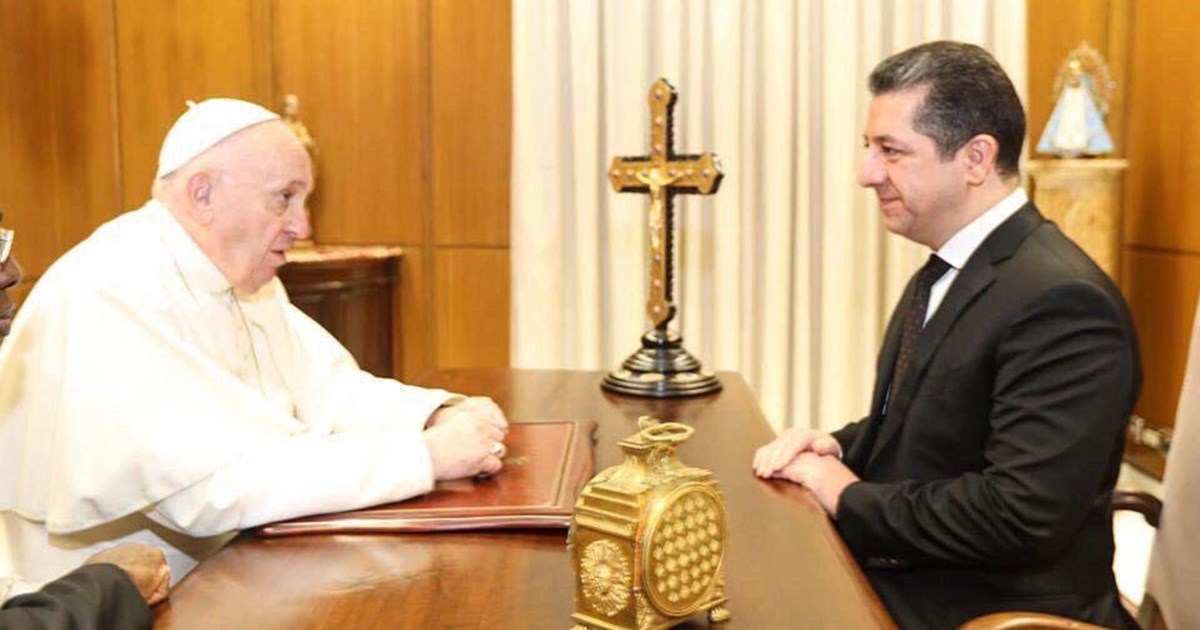 PM Barzani thanked PM Conte for Italy’s staunch support in the fight against ISIS, including through training Peshmerga, and also police training provided by the Italian carabinieri. PM Barzani outlined the ambitious reform programme the KRG is pursuing, not least to enable foreign investors, including Italian companies, to invest and do business more easily in the Kurdistan Region.

PM Barzani will continue his bilateral discussions in Rome tomorrow, holding further talks with the Italian Foreign and Defence Ministers.

“I am delighted to be in Rome to meet Prime Minister Conte today. I took the chance to thank Italy for its support in the fight against terrorism, including support to the Peshmerga as well as police training, while also noting that a serious threat from ISIS remains: we must keep up the pressure.

“I also underlined the range of trade and investment opportunities available to our Italian friends, and look forward to growing our bilateral trade relationship in the years to come.”

In Rome, Prime Minister Barzani will hold bilateral meetings with senior members of the Italian government, including Prime Minister Giuseppe Conte, to discuss ongoing bilateral cooperation in the fight against global terrorism. They will also consider ways of encouraging Italian companies to seize the business opportunities available in Kurdistan by investing in the region.

At the Vatican, Prime Minister Barzani will meet His Holiness Pope Francis and Secretary of State Pietro Parolin to discuss the Kurdistan Region’s commitment to countering religious persecution and promoting interreligious dialogue.

Ahead of his visit, Prime Minister Barzani said: “I am delighted to be meeting His Holiness the Pope to discuss the importance of religious coexistence, which can be a valuable antidote to extremism. I am proud that the KRG has made such a major contribution through our long-standing efforts to promote interreligious dialogue, while creating a haven of tolerance in the Kurdistan Region for people of all faiths.”

Discussing the latest developments in Iraq and the region, both sides agreed to further strengthen bilateral ties between the Kurdistan Region and Germany.

Prime Minister Barzani acknowledged Germany’s role as part of the Global Coalition against ISIS, and stressed the importance of continued German support for the Peshmerga and Iraqi security forces, as they tackle the growing terrorist threat.

Minister Annen recognised the stability and prosperity in the Kurdistan Region, calling it a role model of governance in Iraq and the region.

He also met a US Congressional delegation led by Senator Lindsey Graham, as well as delegations from the German parliament.

Throughout the day, a commonly discussed priority was the ongoing support provided by the United States and other allies in maintaining the Global Coalition’s fight against ISIS.

Prime Minister Barzani stressed that the recent changes to ISIS’ leadership have not reduced the threat posed by the terrorists. Kurdistan needs the support of its allies to protect its borders, while improving regional security, so growing numbers of people can live their lives in peace.

Following his meeting with the Prime Minister, Secretary Esper commented: “I reaffirmed the US commitment to our defense relationship and recognized the KRG as a reliable, capable partner in our effort to ensure the lasting defeat of ISIS.”

Other important discussions concerned the need to de-escalate tensions in Syria, while working towards a permanent political settlement that respects the rights of all Syria’s peoples, including the Kurds.

In his meetings with regional partners, Prime Minister Barzani called for stronger trade links with Kurdistan and greater assistance in looking after internally displaced peoples. He also highlighted the importance of a united approach in promoting stability and tackling ISIS.

In the meeting, the president and the foreign minister discussed the latest developments in Iraq as well as the ongoing demonstrations in the Iraqi capital Baghdad and other provinces. They also shed light on the legitimate demands of the protesters for basic services, better future and decent living-standards. The two sides also spoke about the violent handling of the protesters and reiterated the need to seriously bring an end to the violence against demonstrators and to address their grievances.

President Barzani and Foreign Minister Al-Hakeem emphasized the need to resolve the pending issues and to deescalate the tensions in Iraq as well as restoring peace and stability in the country and bringing the political process back to the right path.

The dangers of terror resurgence and ISIS movements in several Iraqi areas and the importance of the international coalition’s role in assisting Iraq and the Kurdistan Region in countering terrorism were also put to discussion. The president and the foreign minister also spoke about the efforts aimed at forming the incoming Iraqi cabinet and the situation in the wider region.