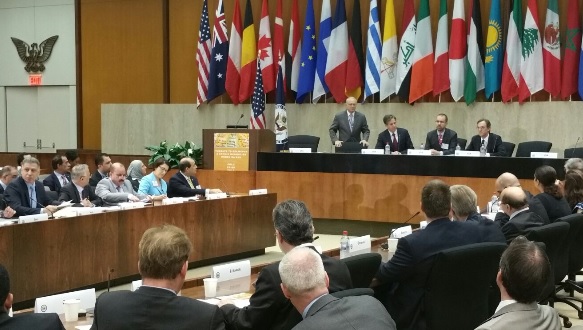 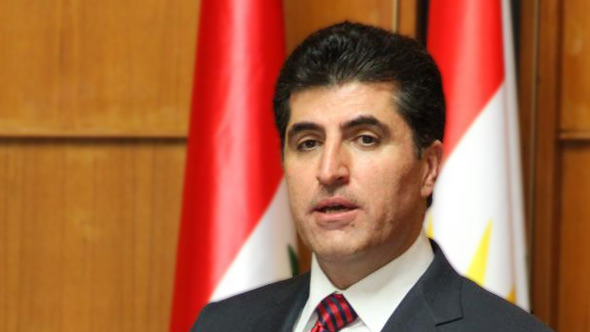 Erbil, Kurdistan Region, Iraq (cabinet.gov.krd) – In a statement, Prime Minister Nechirvan Barzani condemned the shooting yesterday in Munich, Germany, which killed a number of civilians and wounded others.

A gunman opened fire on people in a shopping centre in Munich, killing nine and injuring 16, most of whom were children.

Washington, DC, USA (us.gov.krd) – The KRG Representative to the United States joined Foreign and Defense ministers from 42 countries from the Global Coalition to Counter the Islamic State of Iraq and the Levant (ISIL) on Thursday as part of the delegation from Iraq.

Representative Abdul Rahman said, “Strong Coalition support has been a pillar of the war against ISIL. While Peshmerga and Iraqi security forces on the ground have taken thousands of square miles back from these terrorists, the Coalition provides intelligence, air support, training and equipment for the fight.”

The meeting follows the Pledging Conference in Support of Iraq on Wednesday, which raised over $2 billion for the security and humanitarian response.

Mr. Vallini commended the role of the Kurdistan Region, its government and Peshmerga forces in the fight against ISIS, protecting ethnic and religious minorities and accommodating a very large number of refugees and internally displaced persons, who fled the areas under ISIS control.

He reiterated his country’s support to the Kurdistan Region.

Mr. Vallini pointed out that his government is looking at how to help the Kurdistan Region to overcome the current financial crisis which it goes through, as well as further strengthening bilateral relations in various fields.

Prime Minister Barzani thanked Mr Vallini for his visit and presented his and Kurdistan Regional Government’s condolences and heartfelt sympathy to France and the families of the victims of Nice terrorist attack. He also expressed his government’s gratitude for France’s humanitarian and military support to the Kurdistan Region.

Prime Minister Barzani discussed the current situation in Kurdistan Region and the hard financial crisis which it goes through. He expressed his hope that to overcome this difficulty, France will offer its expertise and knowledge as an experienced country to the Region.

He stressed that it is a source of pride that the Peshmerga forces fight the most brutal terrorist organisation on behalf of the entire world, pointing out that his government did all what can be done to accommodate a large number of displaced people and refugees.

He said, however, this situation is unsustainable for the Kurdistan Region without further help from the international community enabling the government to provide further needed services to the displaced and refugees.

Prime Minister Barzani described the visit by French President, Mr. François Hollande in September of 2014 to the Kurdistan Region, as a strong indication of the French support to Kurdistan in its war against terrorism. It was at a time when ISIS had just started its attacks on various parts of Kurdistan Region,

He also praised the role of France at the G7 meeting, in supporting the Region economically within the framework of the loans to be allocated to Iraq.

The two sides also discussed the anticipated operation of liberation of Mosul and its aftermath, as well as Iraq’s and Kurdistan Region’s political and security situations.

Prime Minister Barzani says, development and prosperity are achieved through the advancement of Kurdistan’s education system.

Mr. Barzani made the statement during a special ceremony held on Tuesday in Erbil to honor top students for 2015-2016 academic year in the Kurdistan Region.

In a speech during the event, Prime Minister Barzani congratulated honor roll students and their families. He thanked teachers and the Ministry of Education for concluding a successful academic year.

In the ceremony, the Prime Minister awarded the honor roll students and wished them a continued success.

For this year’s academic year, more than 300,000 high school seniors and ninth grade students participated in theministerial exams at more than 5,000 centers.  More than 60,000 teachers and observers supervised the process.

In a statement Friday, the Council of Ministers expressed its solidarity with the people and leaderhip of France.

Below is the text of the statement:

We condemn, in strongest terms, the terrorist attack against cilivians in the southern city of Nice, as they gathered to celebrate French National Day.  Last night’s attack, one of a series of terror attacks against France in recent years, claimed the lives of dozens of innocent people.

Kurdistan Regional Government stands in solidarity with the people and leadership of France and the families of the victims, and they have our full support.

Nice terrorist attack is another reminder that the international community is facing a major challenge and responsibility to contain and eliminate terrorism. Terrorists commit heinous crimes anywhere and at anytime, if there is a chance to do so. Repeated terrorist attacks in France and other countries highlight the need to intensify international coordination and cooperation to swiftly defeat terrorism, and protect the world and humanity from the threat of terror.

Again, we stand in solidarity with the people and leadership of France and express our sympathy and condolences to the victims’ families and loved ones.

Salahaddin, Erbil, Kurdistan Region of Iraq, (presidency.krd) – Kurdish and American officials sign a memorandum of understanding that includes provisions of military support to the Peshmerga forces.

The acting Minister of Peshmerga Affairs Karim Sinjari and the acting Assistant Secretary of Defense for International Security Affairs Elissa Slotkin signed the memorandum on Tuesday.

Prior to the signing of the agreement, Kurdistan Region President Masoud Barzani met with the U.S. delegation headed by Ms. Slotkin. The meeting followed a telephone conversation between President Barzani and the U.S. Secretary of Defense Ashton Carter.

Ms. Slotkin stated that the Peshmerga forces will play an essential role in the Mosul operation just as they have played similar roles in other operations against the terrorists of the so-called Islamic State.

President Barzani expressed his appreciation to the American people and the U.S. administration for their support to the Kurdistan Region and for leading the collective effort to eliminate terrorism.